“The “Thermopolis Specimen” was discovered in Bavaria, Germany, and has the best-preserved skull and feet of the twelve Archaeopteryx specimens found to date. However, most of the neck and lower jaw have not been preserved. 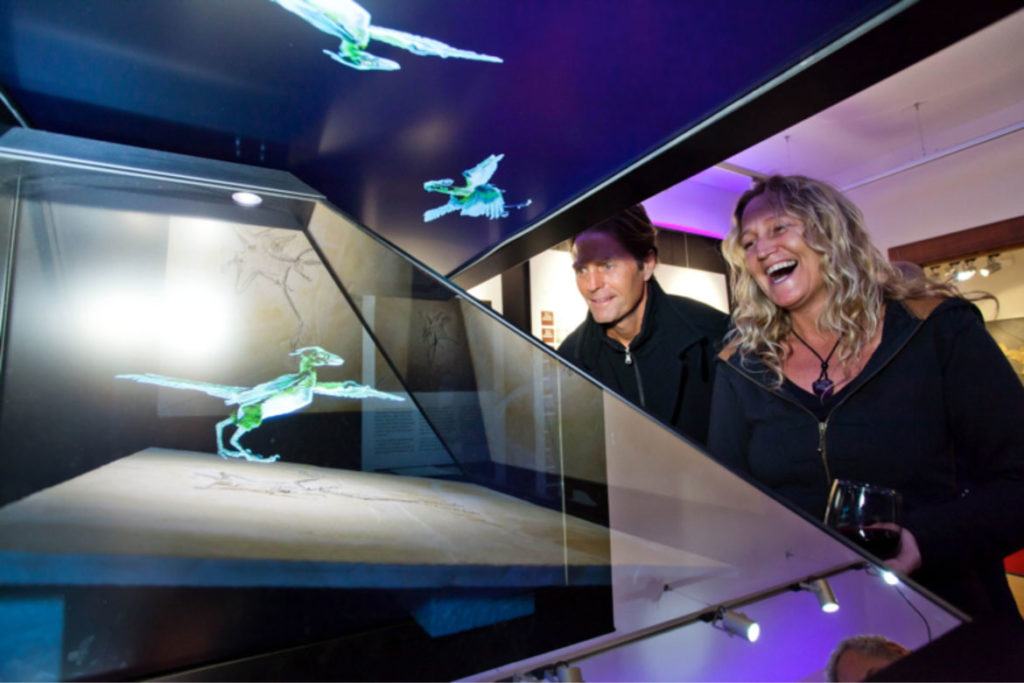 The “Thermopolis Specimen” was described by Mayr, Pohl, and Peters in the December 2, 2005 Science Journal. The description shows that the Archaeopteryx lacked a reversed toe, a universal feature of birds, limiting its ability to perch on branches and implying a terrestrial or trunk-climbing lifestyle. This has been interpreted as evidence of theropod ancestry. In 1988, Gregory S. Paul claimed to have found evidence of a hyper-extensible second toe, but this was not verified or accepted by other scientists until the “Thermopolis Specimen” was described and published. Until recently, the feature was thought to belong only to the species’ close relatives, the Deinonychosaurs.

The “Thermopolis Specimen” was assigned to Archaeopteryx Siemensii in 2007. The specimen is considered to represent the most complete and best-preserved Archaeopteryx remains yet. Most of the twelve specimens discovered and scientifically described include impressions of feathers, which make Archaeopteryx a clear candidate for a transitional fossil between birds and dinosaurs. Because these feathers are of an advanced form (flight feathers), these fossils are evidence that the evolution of feathers began before the Late Jurassic.”

[ATTRIBUTION FOR THIS QUOTE?]